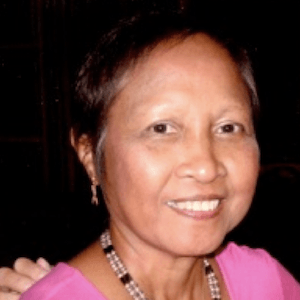 “I was not just going to sit around and wait for the end.” From that moment (they told me) I decided to fight it and hopefully be the one to beat it. My daughter asked (the doctors) what they could do and they said, well, we do have treatment and when the time comes, we can make her comfortable. That’s when I stood up and said, “if there is treatment, let’s start right now.”

If you think that’s a bold statement to make, you have no idea the strength in this 54-year-old wife and mother. Already saddled with heart issues and a rare, nearly unpronounceable blood disease (antiphospholipid antibody syndrome), Josie allowed herself a moment of frailty when the doctor who did the biopsy on the lump in her left breast called to say she had an aggressive form of cancer.

“I got off the phone and said, “Cancer … why?” she says. “I just screamed and screamed. I just couldn’t believe I had that because nobody else in the family had that problem. It was always heart problems and high blood pressure. Never cancer.”

She quickly banished those thoughts from her mind and got down to business of surviving. “Someone has to keep fighting so we can find a cure,” she says. And fight she has, Josie beat that initial 2008 cancer only to have it return metastasize to her lungs and brain, which affected her sight and hearing. In December, she was about to start a new and previously untested chemotherapy trail, but had to wait as doctors wrestled with the tumors in her brain.

“Every time they tell me it’s not going to be good. I tell them let’s just keep on coin what we’re doing.” “It will lengthen my life, if I can still be there for my daughter, then let’s do it. Maybe I can help other mothers with kids. That’s my motivation to keep on fighting.”

It would be a lie to suggest that things haven’t been difficult for her. Besides her own issues, husband Gary just recently grappled with and beat prostate cancer. “There are times I’m tired and I want to quit, but that’s just being human,” Josie says. “But if I can help a lot of people, I’m not only helping myself, but science. Through me maybe they can do something for others.”